A downloadable game for Windows

Not All There is a Movie / VHS Slasher inspired by horror movies and realistic situations.

A short horror game for the Halloween season made in a few days!

After working overtime one evening, you go to the underground parking lot to search for your car, you notice it's nowhere to be found. The parking lot is completely empty except for one car driving around in circles. A sinister feeling that something bad is going to happen overwhelms you as you continue to search for your car.
Will you make it out alive or should you have stayed at work?

So, this game was good, I like it a lot, there were two parts were I was scare, and that is good in a videogame like this. Are you too scare to play it yourself? Then come to my channel and hear me get scare for you with my awesome voice.

This game was interesting. I really liked the feeling of the game. it was very eerie and intense. the bodies gave me chills. Really good game in my opinion. I give it a 5/5. I decided to add my gameplay into my 4 scary games video. Here is my video if anyone is interested. The game starts at 13:07.

HOLY COW this was great! I loved how simple but creepy this was! It got me super good at the end lol this was the 2nd game in the video

LOVE THIS!!
WHY THE BUNNY?! I truly enjoyed playing this, i wish it was longer but well done! :)

Thank you so much for the experience! Here's my playthrough, if anybody's interested.

I like the vibe, art style, and vhs style of the game!

Liked your game! Short but sweet, genuinely scary, especially for a short experience.

That was a fun little game! It looked really good too!Great Job!

new video up (yes this game is in it , it's the second game i play) check it out super funny

It is short, but for what it packs in that <5 minute gameplay it's certainly worth the download.

It's the first game I played in the video

Man this game wins because of the AE86, hands down lol, the end got me but the car burning got me even more. Made love for the developer!

I loved it short but fun

This was a pretty alright game. I enjoyed the vhs style, but holy hell was the game super freakin loud lol. All in all, there is some potential with your style of games. Your game is the first one I played

bro i got scared

First of all, the graphics were amazing. There were reflections and it was really well made. Although it was short, it was fun and gave spooks. Here's the full gameplay of Not All There:

I will never enter a parking garage the same again haha every time I walk past a column, I'll be expecting something to peak out at me! This is a decent straightforward experience. It's what you'd expect for a game with a few days of development. Keep on CREATING Azaxor!

THIS GAVE ME THE CHILLS...  AND A LAUGH! Very good short horror  game if you wanna get spooked, good story to it in the end too! -

Interesting, creepy, and tense experience, look forward to seeing more from Azaxor in the future

Honestly, when I made this video, I didn't know that you made both Black Eyes and Not All There. They were suggested to me completely separately. What I loved most about this one was the random pop-ins from behind columns like a happy gopher.

This one starts at 8:00.
Reply
ImmaGhost17 days ago

This game was short and got the job done, I was creeped out and spooked the whole time. Left me wanting more.

NOT ALL THERE HAS MADE IT INTO THE 6TH EDITION OF GAMES OF TERROR!

THIS WAS BRILLIANT AND SHORT CREEPY GAME SO GOOD JOB!

Quite spooky! Got me with those jump scares! A few improvements could be made though! Here's my playthrough!

Graphics aren't that good, but sound and visual effects are good.

This wasn't a bad game for being made in a few days! it did confuse the heck out of me! but it was still fun to play! i can definitely see this becoming more! as in scares it isn't bad but i don't get scared easy. in some moments i did feel uneasy but never scared. Good JOB! :)

Last game I played. It got me good

Pros and cons are down below) Check out my vid here (likes and subs are highly appreciated, the game is the 1st there)):

1. The scares in the game were very cool. Especially the one near the end in the steam got me good! The killer was also pretty scary! I really enjoyed how the game was paced!

2. The game looked very awesome! I enjoyed the scary details a lot and the killer was nicely animated as well.

1. I guess the car at the start was a bit weird. Reminded me of some old games where the player had to dodge moving objects. I mean, what was the point of the driver? If it was to run us over or spook us - they did a terrible job.  I think that you can come up with some smarter spooks with the car. For example make the main gates locked at the start so the player would have to use side door and then make the car drive towards the player and slam into the door. (So they would have to run through and dodge). That would be cooler and it would also explain why it took so long for the killer to attack.

2. I would like to see more main character's comments. I mean, they probably have a lot more to say about this whole situation, right? And also that would help with electricity break as it was not so obvious to spot as there are no other interactable objects in the game.

I think the game was pretty interesting and scary but the place felt a bit empty. Few interactable objects and spooks. I think there is place for improvement still. So, I rate the game as is 4/5 stars.

Hope my feedback was useful!

Recorded my reaction tot eh game. I liked it was confused at first but then realized what to do lol. Great game for it to be made in 2 days.

I loved the style of this game, and how you utilized HFPS.
It had a very polished feel and made me feel genuinely feel uneasy as I walked near the car, the whole atmosphere was perfect.
Also really impressed you made this in 2 days, can't wait to see what else you make! 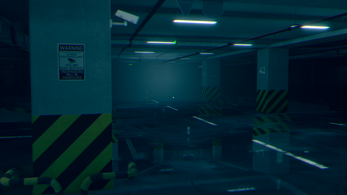 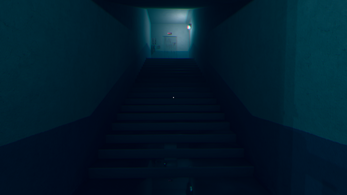